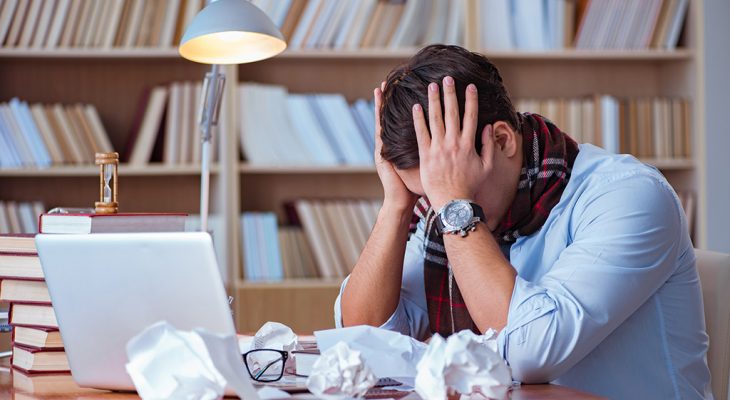 After years and years of watching online marketing gurus such as Pat Flynn promote the idea of writing and selling e-books as a way of providing recurring passive income, I just couldn’t hold back any longer. I’ve always wanted to write a book, but unfortunately, I’ve got a bit of a short attention span which I knew would make it difficult for me to sit down for an extended length of time and spit something out. However, I do like to write, and my fetish for passive income is peculiarly strong, so it was time to roll up my sleeves and give it a shot.

Long story short, it took about one month for me to write it from beginning to end, and another month to edit and format it into a nice template suitable for sale on Amazon.

As for the topic, I decided to write about my love of travel and how I manage to do it so often while holding down a demanding full-time job. People ask me about that all the time over on my travel blog, so I thought that revealing all of my dirty little secrets and offering inspiration just might be a good way for me to jump into the world of e-books. If you’re curious, the book is called Cleared for Takeoff and it’s available on the Amazon Kindle store right now.

The book is done, available for sale, and I feel great about that. But I’m not gonna lie. Writing a book from scratch was a lot harder than I thought it was going to be, and I learned so much about about each and every step of the process that I have gained newfound respect and heaps of admiration for all of you hard-core authors out there. I discovered so many things that I never would’ve known if I didn’t actually do this for myself, one of them being that I’m not even sure that I’ll ever write another book again. Seriously…it was that hard.

Gallons of blood sweat and tears went into the creation of cleared for take off (eewww), and I’d like to present to you a list of some of the things that I discovered about the book writing process from the perspective of someone who has never done it before.

I love to write, and it’s very easy for me to spit out the blog posts like nothing. Heck, I’ve got seven active blogs at the moment, and it hasn’t been all that difficult for me to keep up and generate content for each and every one of them on a regular basis. I can write for days and days, feeling hardly any pressure at all because I love creating free content which helps others.

However, things are a lot different when you’re writing something that you know you are going to charge money for. I found myself second-guessing every single sentence that I wrote, thinking how someone might not be satisfied with my writing style or the way in which I was describing something. That’s pressure.

I also felt pressure to write a lot more than I was comfortable with. A one thousand word blog post is fairly easy and painless for me to generate, and I can usually say what I need to say with adequate descriptions in a body of text of that length. But it’s different when writing a book that people are going to pay for with their hard earned money.

For some reason or another I felt like I was in third grade again trying to stretch out thoughts and ideas to hit an arbitrarily page length. In this particular case, I thought it was necessary for each chapter to be at least 2500 words – I don’t really know why I set that goal upon myself, but I did so based on comparing it to other books that I’ve read and thinking that I should probably do the same. I mean, the last thing I wanted was someone to buy the book, read the entire thing in 15 minutes, and then leave a negative review because it was too short. Cleared for Takeoff is 72 pages by the way – not as long as I wanted it to be, but I was able to say what I wanted to say perfectly within those number of pages. Anything more would’ve been babbling in my opinion.

Once I completed the book and was ready to start formatting it, I felt like I was on top of the world and I was just days away from being a famous author. All I needed to do was clean up the formatting a little bit, throw a nice cover on it, and then fame and fortune would be mine forever.

Nothing could be farther from the truth. I’m a bit (ok a lot) of a perfectionist, and I wanted complete control over how this book looked. I should mention that I am a graphic designer in my day job, so handing this off to someone else was simply not an option. Why pay someone else for what I could do myself, right? Wrong answer.

I spent a full month experimenting with different layout styles for the book, which required learning some new software packages and other complicated techniques that I shouldn’t have wasted my time on. The entire thing was becoming a massive headache by week two, and by week three I was ready to throw in the towel altogether. I should’ve spent the few hundred dollars or whatever it would’ve cost to hire a designer to do all that stuff for me, so I could have focused on the most important part of the book writing process: promoting and marketing.

Successfully promoting a book is more difficult than splitting atoms

The moment Cleared for Takeoff went live on the Amazon Kindle store was one of the biggest in my career as an entrepreneur so far. I had always wanted to write a book, and seeing it up there on Amazon was a feeling like nothing else that I’ve ever experienced. I poured so much energy into the creation of that book, and all I could think about now was sitting back and relaxing while the dollars came rolling in. Ha!

To be honest, I did have a legitimate reason for thinking that it would sell immediately even though I had told exactly nobody in my personal network about it. My travel blog gets a fairly decent amount of daily traffic, and I figured that just putting a banner ad on the side with a link to a description of the book would be enough to draw people in and get them to pull out their credit cards. I’m here to tell you, it doesn’t work like that.

The first week the book was live, I did very little promotion for it other than that banner ad and a dedicated page on my blog. I received a total of zero sales for that weak marketing effort, which was disappointing of course, but I knew I could do better. The next week, I started talking about the book in my regular series of blog posts, and I eventually made one sale from that. OK, not great, but at least it was something. I continued the same strategy for the next few weeks after, resulting in two more sales and nothing else.

Feeling frustrated, I took it to Twitter, Instagram, and Facebook to remind all my followers that I just poured my soul into the creation of an e-book just for them. I told all my friends and family about it, put up fliers at the local college, and was darn near close to wrapping my car with a picture of me holding up the book with a big thumbs up and a cheesy smile.

All of this effort resulted in a dismal number of sales, so I decided to jump into the world of Facebook ads to see if I could get anything going that way. So far, it’s going ok, and the sales are coming in slowly but steady. I’ve got a lot more to learn though, but I think I’ve learned the most important thing so far: the more I promote, the more it sells. Whenever I stop promoting it, the sales dry up. Passive income my ass.

When it comes to earning passive income online, I think I can confidently say that there are better ways to do it then writing a book. At least for me anyway. Those of you who love to get in front of large audiences and give lectures might have more success with the book promotion process, and you may actually make a pretty good living from it if you market it that way. That’s just not my style though, as I prefer to keep things more low-key and create businesses that essentially run themselves once the content has been created. Cleared for Takeoff is generating a small amount of passive income for me each month, but not as much as I was hoping it would so don’t expect another book for me anytime soon.

Hey there! My name is Scott, and I am a full time blogger who successfully traded a corporate paycheck for passive income and financial independence. TraderScooter.com is my online entrepreneurial journal where I talk about the things that I'm doing to help me reach my goals, as well as sharing things that I learn along the way.